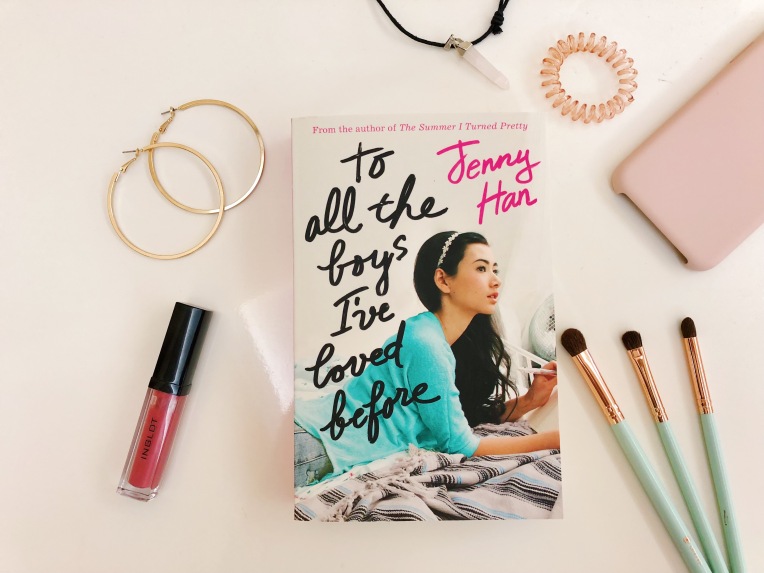 The last time I did a book review was like, last year. And I really wanted to do another one but I didn’t find any new reads that I felt like sharing with you guys.

So as all of you probably know, near the end of 2018 a movie called ‘To All The Boys I’ve Loved Before’ released on Netflix. It’s based on the book by Jenny Han. Almost everyone went crazy over the movie and I honestly quite liked it but I think it was super overhyped and that set the expectations pretty high for me.

This book is quite related to Valentine’s Day, which is today, sooooo that’s pretty cool!

SPOILER ALERT : There will be spoilers in this review so if you don’t want to know all the details just skip to the last paragraph.

In my opinion the book is much better than the movie but I really like to read anyway so that might just be me. The book is about a shy teenage girl named Lara-Jean who has one older and younger sister and no mom. Everytime she gets over a crush she writes a letter pouring out her feelings and addresses them to each of the five boys.

Suddenly one day the letters are sent to each of the 5 boys and all her feelings are exposed. Even though they were sent to five guys (lol, like the restaurant), two of them were more important; Josh (her older sister’s boyfriend) and Peter (the most popular boy in school).

Then she starts fake dating Peter because he wants to make his ex-girlfriend jealous, and to make Josh jealous. Then a few events happen and they start to realise they actually like eachother for real and find out who sent the letters…

I think this book is very intriguing and has a great plot/storyline. It is very different to any book I’ve ever read. I love that it isn’t just focused on one thing (romance) it also has elements of friendship and family, as her little sister Kitty brings a lot of humour. The only thing I don’t like is that it sometimes has a few plot holes, like, why would you address the letters if you never meant to send them? But overall I definitely reccommend this book.

Have you watched the movie and/or the book? Thoughts?